Three years ago to the day we moved into our apartment on Trescott Street, my last in a long series. The first had been my dorm on Huntington Avenue, then Darling Street in Mission Hill, then Battery Street in the North End, then Forest Hills Avenue & Perkins Street in Jamaica Plain, then Strathmore Road in Washington Square, and then Buttonwood Street in Dorchester.

I moved to Boston in 2005, a month shy of my 18th birthday to attend Massachusetts College of Art and Design. I never meant to stay for twelve years, but life marched on so steadily and strangely that all of a sudden more than a decade had passed. I met my husband the first week of school, dated for a while, then became best friends and languished in indecision for quite some time before deciding to do the damn thing. We got engaged laying in bed on Buttonwood Street, and married on the coast of Maine almost ten years after first meeting.

In between, I lived with my sister, very dear friends, and alone in a tiny studio apartment where I had to move my bed a little bit so I could open & use the oven. I studied abroad for a semester, threw parties with my sister in our two apartments that brought together friends from several states, graduated college, got my first real job, mourned the death of my mother, dated a neighbor, struggled with the noise & traffic of the city.  I used my sister’s license as my own for an entire summer before turning 21, I ran home in a thunderstorm on the Fourth of July after seeing people get struck by lightening, I drank green beer on St. Patrick’s Day, I had a Christmas tree decorated in empty beer cans, I made Easter brunch, I cried with joy at the Pour House watching President Obama’s first election results come in.  I sheltered in place during the Boston Marathon bombing manhunt, to later ride bikes down a virtually empty Boylston Avenue, to eventually watch the stand off over a pitcher of beer and pizza. We thought about leaving but jobs held us here, time kept going. I spent a lot of time being angry at people wearing backpacks on the T, walked through the Common in Springtime,  rode along Carson beach during sunset. I watched my closest friends get married, move away, have children. And we remained.

Last year we put the wheels in motion to jump ship. A slow moving leap, as we made sure the water was a little warmer before we plunged. And now our feet have just hit, and we’re going in fast. After two years of driving 250 miles each way to our house in Maine, it won’t just be our house in Maine — it will be our home. A home that we share with generations of my family members going back to 1850. An honor that we have worked so hard to achieve.

I am open and shy of what is to come. I am leaving without any regrets, and an urgency to be away from the city. But it will always the place where I really grew up, and for that I am forever grateful. So long, see you soon.

When we started renovating our house over two years ago we focused on the parts of the house that needed immediate demo — the kitchen, dining room, and downstairs bedroom/office. To make room for that, we piled all the house’s furniture into the living room. There it has sat — until last weekend! We cleared it all out and and now I’m getting excited to decorate. Here are some basics I’m starting with.

END_OF_DOCUMENT_TOKEN_TO_BE_REPLACED

It’s hard to believe that January is almost over — especially since we are planning on moving into our little house this summer, and um, that is feeling not so far away! While there are some big, not so pretty, things that need to be done (insulation, new windows, new heating system) I can’t stop thinking about the fun part — finishes, especially in the kitchen.

We completely gutted the old kitchen and dining room and are building it from the ground up. As I wrote about earlier, the cabinets are in and they are beyond gorgeous. We have decided to stick with white appliances and are currently hunting for the perfect vintage camp/apartment sized stove. Fingers crossed we find something suitable before summer!

Now that appliances have been decided, I’ve been obsessing over lighting and back splash. Here are some spaces that have been inspiring me lately. 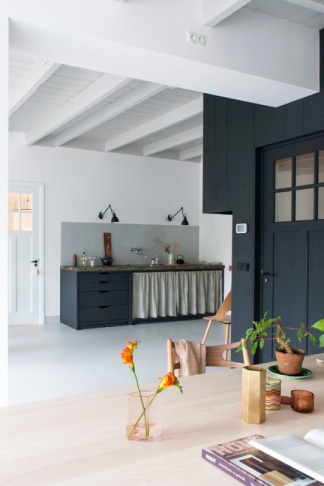 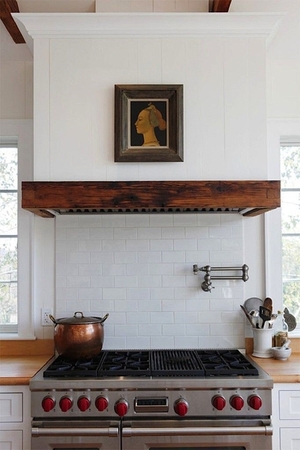 END_OF_DOCUMENT_TOKEN_TO_BE_REPLACED

The dawn of a new year inevitably makes you reflect on what you’ve done with your most recent trip around the sun. It’s the most perfect measure of time, a true beginning and end. I try not to give much weight to resolutions and promises and “best of” moments as we count down the clock, but wow, this one really was a doozy. It’s hard not to take a deep breath this time and think, “holy shit, we made it.”

At the start of this year I was motivated, hopeful, working a lot, planning a lot, optimistic we would have a house that could be lived in by August. Haha, oh my god. Well, these past twelve months have given me an extreme dose of patience testing, learning to say no, learning to say, “it’s ok,” learning to yell. I haven’t been very good at these things before.

END_OF_DOCUMENT_TOKEN_TO_BE_REPLACED

We had a lot of fun talking with Trulia a couple months ago about our house! Take a look below:

END_OF_DOCUMENT_TOKEN_TO_BE_REPLACED

In anticipation of Black Friday we have been researching appliances — we need a small 24″ gas range and a new fridge. But I’m feeling stumped on if we should get stainless steel or white appliances?

This is the current shell of our kitchen:

White shaker cabinets that will be topped with butcher block countertops and a large vintage cast iron sink. Our pulls are oil rubbed bronze that are on the edge of looking black. The range will go to the left of these cabinets and the fridge will be across from this space as seen below. 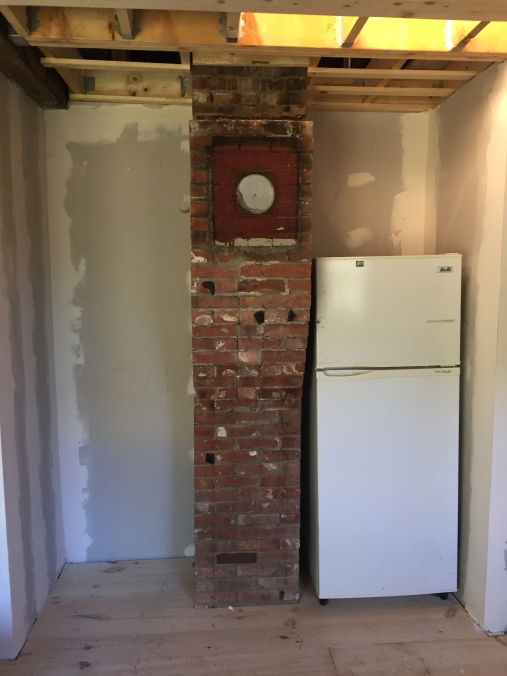 I always thought we’d do white (we got this fridge for free, but it’s a little nasty so we’re going to upgrade), but upon doing some research I realized how hard it is to find a nice, affordable white range hood. So then I started Pinning some kitchen inspiration of stainless steel with white cabinets and came upon these inspiration shots. END_OF_DOCUMENT_TOKEN_TO_BE_REPLACED

“…I am out with lanterns, looking for myself,” wrote Emily Dickinson in a letter. I saw this quote over the summer and it felt like a warm hug, a confirmation that it’s ok. For the past several years — in life, in job interviews, in general — if someone has asked me where I see myself in the next five years, or what my next steps are, I’d cry.

I’ve been in arts nonprofit administration since graduating from Massachusetts College of Art and Design in 2009, and realized in late 2014 just how miserable I was. So, I’ve been taking a really windy path since then — switching jobs, then quitting, going back to an old job part time, picking up other part time jobs and either leaving them or failing at them. It’s been exhausting. My only beacon has been Brooklin Heirloom.

END_OF_DOCUMENT_TOKEN_TO_BE_REPLACED

Mid summer I stood in the kitchen of our house and said, “I hate being in here.” There was no ceiling in the kitchen and dining room, you could see outside around the entire perimeter up to two feet tall due to rot repair, and the gaping hole for the patio door was framed out but it was not yet installed so every time we came in and out we had to screw and unscrew a huge piece of plywood. It looked like a complete mess that would never ever be finished. I felt way over my head, totally unprepared, exhausted, and like we were moving at a snail’s pace. Well, if you’re in the middle of your own renovation — guys, it gets exciting and promising I swear!

END_OF_DOCUMENT_TOKEN_TO_BE_REPLACED

Today the weather is a beautiful crisp 60 degrees in Boston, the leaves are starting to change, and it’s been a very intense four months since the last time I have written. At that point, the kitchen had been demoed and we were thinking about painting the bathroom. Well, a lot has happened since then…

The bathroom was successfully painted a beautiful deep greeny blue – Benjamin Moore’s Newburg Green. Small projects like this always give me a little boost, especially when there is lots of project delaying bad news around the corner…

END_OF_DOCUMENT_TOKEN_TO_BE_REPLACED

It’s finally Maine house season! Last month, my Dad drove up from where he lives in Florida to get his house up and running again. Heat & water on, time to party. Our family, on both sides, had the inability to throw anything away, including their houses and we are so lucky for it. This house is where my Dad grew up, on Little Deer Isle. Our house is about ten minutes away across the bridge on the main land. My parents met in high school, which is why both sides of my family have homes so close together.

Having access to this house allows us to keep our little home a complete gutted mess because we have somewhere else to shower and lay our heads. And hang out with family, friends, etc. Isn’t she cute?